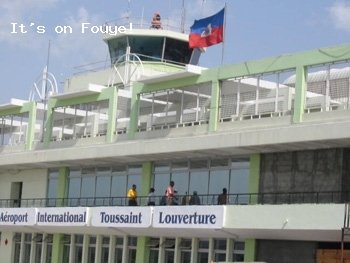 Following the resignation of Duvalier's son and successor Jean Claude Duvalier in 1986, the airport was renamed Port-au-Prince International, I used to hear it called Airport Mais Gate.

In 2003 they renamed it Toussaint L'Overture International Airport, Let us hope they stop screwing with the name of the airport from now on!